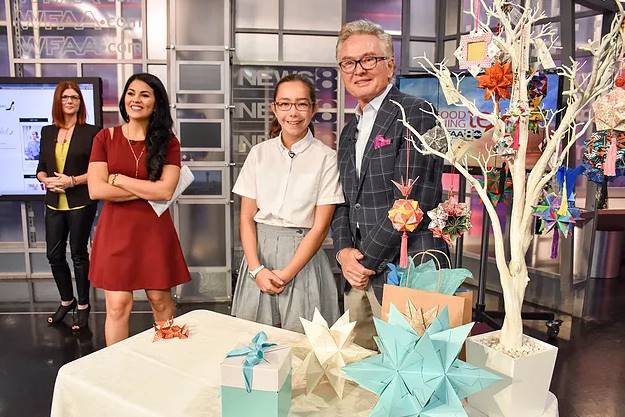 As previously mentioned, Paper For Water has raised over $1,000,000 and helped fund over 120 water projects in 13 countries. We did this through the support of our local volunteers, including over 1,000 people trained in the art of folding origami. Because of their dedication, over 36,000 people now will not be sick from unclean water, and thousands of children now have time to go to school instead of hauling water all day. In addition, we have delivered over 100 talks to over 3000 people, helping educate thousands here in the United States about the world water crisis. This work has helped us achieve great media presence, including being spotlighted on Nickelodeon’s HALO Effect, two Kleenex commercials, Martha Stewart Living, People Magazine, and CBS. ​ In the past three years, we have experienced exponential growth in volunteers, ornaments made and given away, money raised, awareness, and impact worldwide for those living in water-impoverished locations. In light of this growth, we have expanded our infrastructure to carry on this important work beyond its initial small scale.