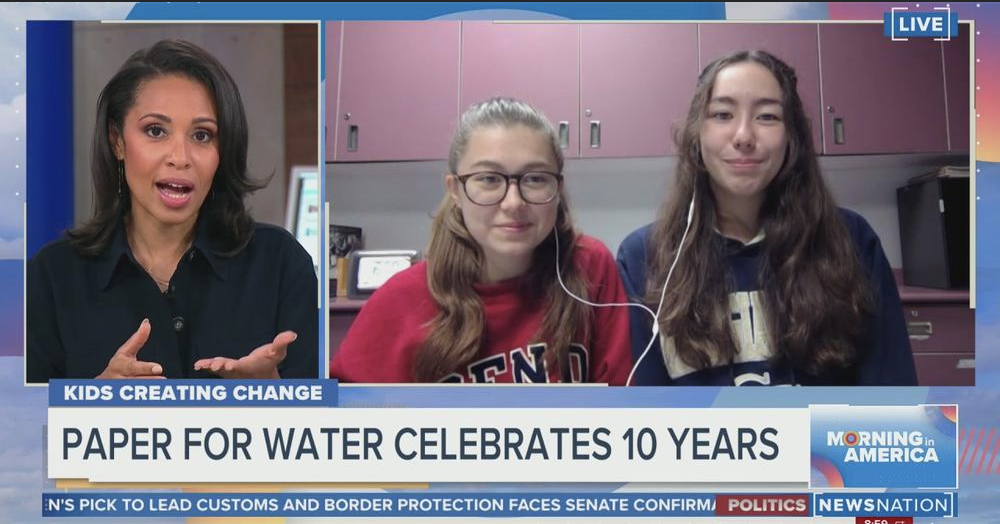 Two sisters in Texas are living proof that you can make a big impact in the world at any age.

Isabelle Kei Adams, 18, and Katherine Kei Adams, 15, are celebrating the 10th anniversary of their nonprofit called Paper for Water.

So while most of us were playing with toys, they were busy solving a global problem.

Paper For Water works to raise money to provide access to clean drinking water here in the U.S. and in developing nations around the world.

The two young CEOs started their nonprofit while they were just elementary school students.

“Well, we’ve pretty much grown up volunteering. I mean, I can’t even remember the first time our parents took us to a nursing home or soup kitchen. And so it’s just a part of the way we were raised.” Isabelle said during an appearance on “Morning in America”.

In addition to volunteering, the sisters also spent their time learning origami, the Japanese tradition of folding paper.

They used this skill to create origami ornaments and now have volunteers all over the globe who create these ornaments to sell to help fundraise for the nonprofit’s clean-water projects.

A part of Paper For Water’s mission statement is also to provide a voice for those whose needs they feel are not being heard.

“From an early age, I was never a fan of public speaking. I used to get really nervous actually,” Katherine said. “And my mom told me once that you know, you’re going on stage, and you’re speaking for all the little kids in developing countries who don’t have access to clean water, who can’t afford a plane ticket to come and advocate on their own behalf. So I thought that that was really inspirational and you know, kind of calmed my nerves a little bit.”

Traveling to participate in clean-water projects through their nonprofit has broadened the sisters’ knowledge of the world around them.

“We’ve been to a lot of places,” Isabelle said, “Our first fall trip was in 2014. I went to India in visited a bunch of our early projects. And then in 2017, we traveled around the world for about eight months and visited water projects in South America and Africa. And then, almost every year for the past few five years, we’ve gone to New Mexico to visit the projects there.”

Just in time for the holidays, they have also published a book about their experiences.